Stolen Focus: Johann Hari explains how your attention has been stolen - Vox 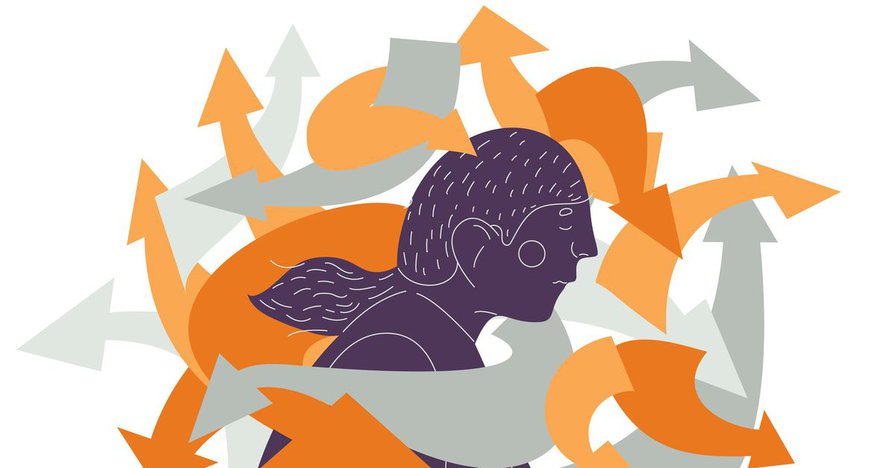 "We live in the most distracted time in human history. Can we reclaim our attention spans?... A new book by the British journalist Johann Hari, called Stolen Focus, takes a close look at what’s happening — and what’s happened — to our collective attention... we’re all becoming lost in our own lives, which feel more and more like a parade of diversions... our attention did not collapse, our attention has been stolen from us".

And this is a problem: important achievements require sustained focus and attention - when they break down so does "your ability to achieve your goals ... solve your problems".

So far, so well known already. But I like this point: this is not only true of individuals, but also society - of collective attention: " A society that can’t pay attention to problems together, that consists of people who are interacting primarily through mechanisms that make them angry, is a society that can’t solve its crises." - precisely the point I made to Trond Undheim in our podcast interview on sure

veillance capitalism a couple of years ago.

As evidence: the way we fixed the ozone crisis in the 1980s: "The science was explained to ordinary people. They listened, they distinguished it from lies and conspiracy theories, and ordinary people banded together and pressured their politicians to act... the ozone layer is now healing." He's almost certainly right to say that would not happen today. But is it because "We would not be able to summon the collective attention", or simply because we can't agree on basic facts anymore? These are not the same phenomena.

Again, not the same, but both interesting perspectives.

What to do about it? "big tech wants us to frame this debate is, are you pro-tech or anti-tech? ... induces fatalism because we’re not going to give up our technology. The real question is, what kind of tech do we want and whose interests should it serve? the problem isn’t the tech, it’s the business model... Every time you pick up Facebook and scroll, they make money... all of their algorithmic power... engineering genius... one goal: “How do I get Sean to pick up his phone more often and scroll as long as he possibly can?”"

But where's the data? Nothing perfect, but: "we sleep significantly less than we used to."

"a circularity:... The tech industry feeds on our distracted condition... [so] the content it produces is increasingly designed for a distracted population. And the more we consume this content, the more attention-seeking and clickbait-y it gets."

Turning to Marshall McLuhan - “The medium is the message.”... we start to resemble our dominant tools of communication... We learn about the world through the internet and we start to think and communicate like the internet... The way we do politics now has become a reflection of TV and the internet and the commercial incentives that drive it ... a doom loop ... a hamster in a wheel."

Either way: the user becomes the customer - not the people buying user data. Perhaps then they'll design tools to help us pay attention.

Don't see it happening in a million years, unfortunately.