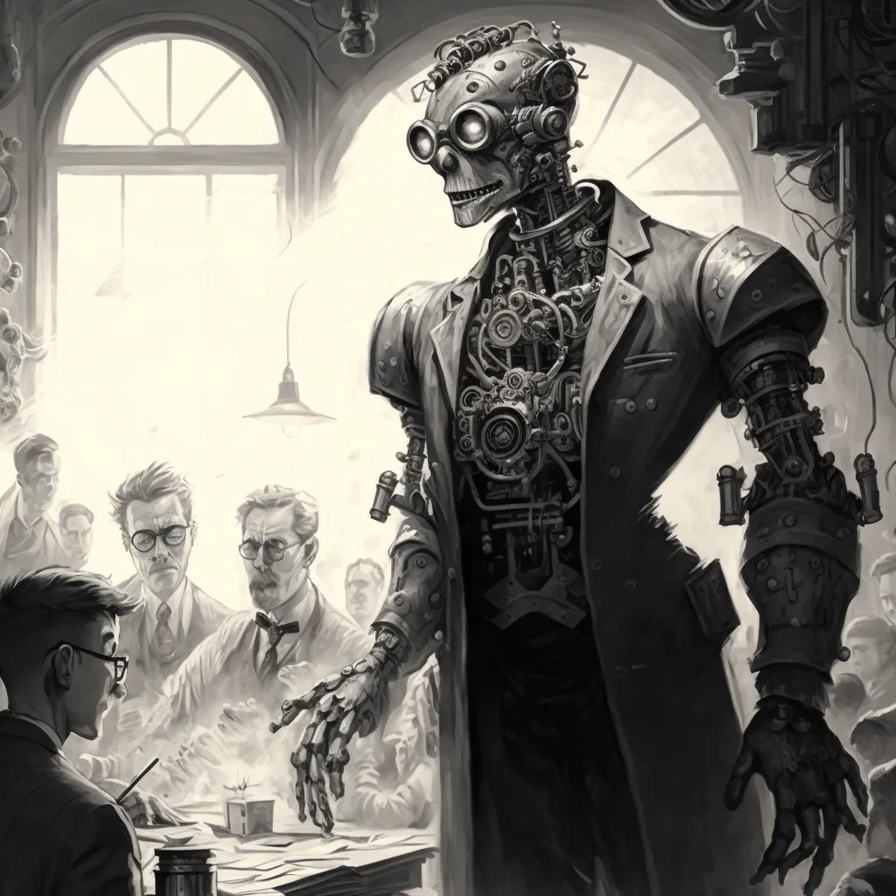 "I take a job I know well, and try to see how far I can automate it with AI... [despite] clear weaknesses, it can do a shocking amount right now".

Ethan Mollick, uni professor, putting ChatGPT through its paces. Don't be afraid of having "an intern... who works instanteously, can write both code and solid descriptive writing, and has a large chunk of the world’s knowledge in their brain", instead let's "think about how these systems provide us an opportunity to help extend our own capabilities". It's a nice attitude, but let's face it: senior managers are going to look at this differently than anyone else.

So how is it as a teacher? He asked it to "Create a syllabus for a 12 session MBA-level introduction to entrepreneurship class, and provide the first four sessions... include readings and assignments... a summary of what will be covered. Include class policies... The results are impressive", including the way it:

What about research? Currently "AIs can’t do original research, and AI isn’t that helpful with academic writing" - partly due to inherent limits, partly due to constraints "placed on ChatGPT to prevent it from making inaccurate guesses".

Result? "Nothing particularly wrong, but also nothing good" - basically the sort of text you could read anywhere, and probably already have.

Of relevance to MyHub: autosummarise and improving text: "I put the text of my book into ChatGPT and asked for a summary ... asked it for improvements... to write a new chapter that answered this criticism... results were not brilliant, and I wouldn’t vouch for their accuracy, but it could serve a basis for writing."

Similar results for two op-eds arguing opposing views: "neither article is perfect… aren’t bad starting points, and each took less than a second to generate".

So while not yet a threat to real academics, it's a jobkiller for copywriters, almost everyone on New Grub Street and anyone else spending their days churning out rehashed content.

And that's this week: "all of these capabilities appeared in the last week, and the complexity of these systems are growing by an order of magnitude a year. "

The above notes were curated from the full post oneusefulthing.substack.com/p/the-mechanical-professor.