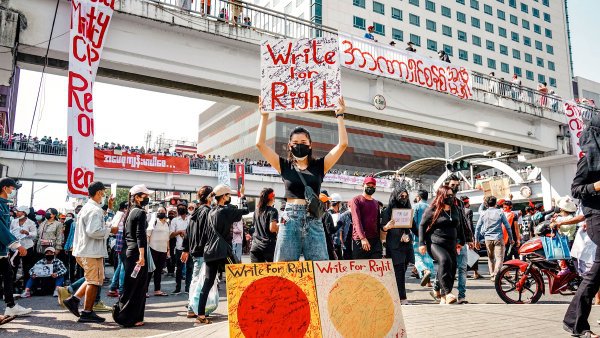 Facebook’s own recommendation algorithms have been inviting users to like pages that share pro-military propaganda that violates the platform’s rules... in 2018 the social media company admitted it could have done more to prevent incitement of violence in the run-up to a military campaign against the Rohingya Muslim minority ...

hired more than 100 Burmese-speaking content moderators [and] built algorithms [but] still rudimentary ... not doing enough to stop repeat offenders from returning ... Facebook has policies against recidivism ... it is not enforcing them”

According to Global Witness, “it was incredibly easy... to find this content" - they:

The above notes were curated from the full post time.com/6075539/facebook-myanmar-military/.