Roaming through contexts with Roam: How I use it - strategic structures 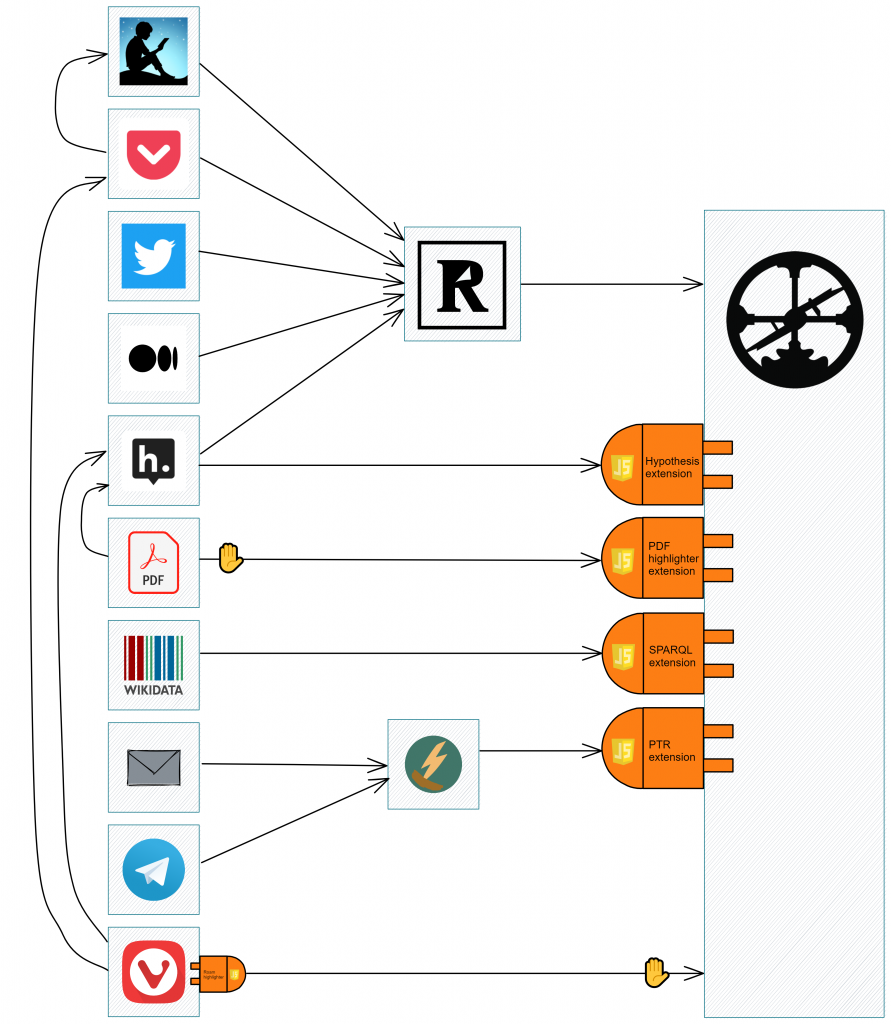 A "How I use it" from Ivo. "Roam changed the game [by] ... treating the data as a graph ... [and] allowing blocks to quickly be nested, referred to, embedded, created from a piece of text in a block, appear in the sidebar, being searched and queried".

And that's a selected summary of the ontological approach he uses: the full post also covers daily notes, tasks, projects, research, integrations, etc. It is massively complex and almost completely unintelligible to anyone without equivalent Roam mastery. They by definition have their own system, but I am sure they could benefit from it, so if that's you check it out while the rest of us mere mortals give up less than halfway in.

The above notes were curated from the full post www.strategicstructures.com/?p=2357.