Piloting Web2.0 for the EC 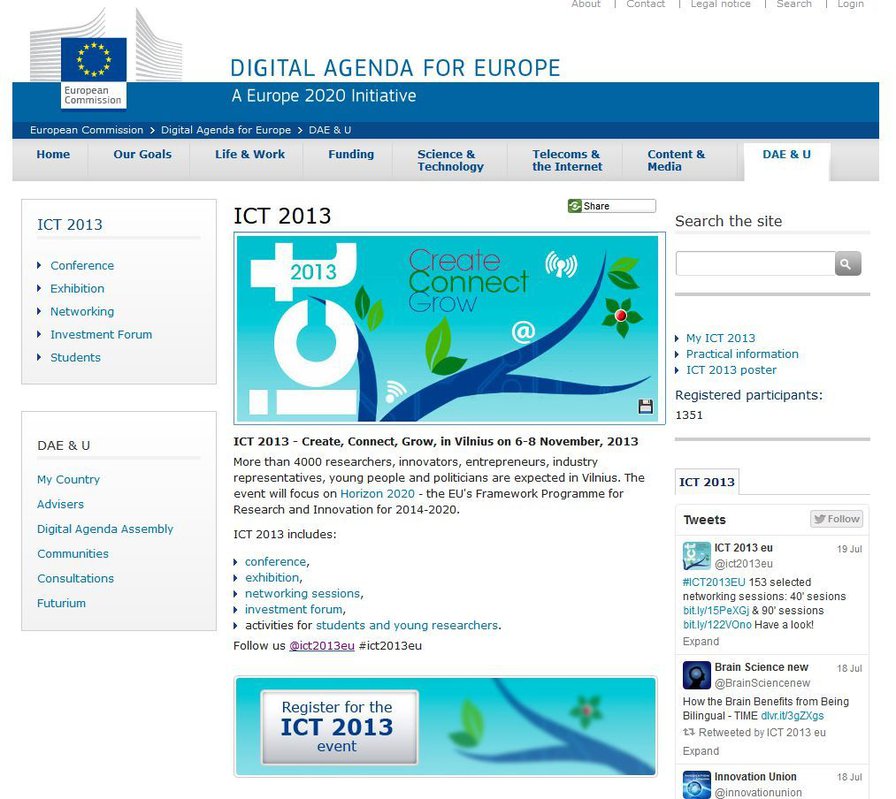 When we launched the first interactive website for the IST Event (IST 2002) we didn’t know it was a Web2.0 site. That term only appeared two years later.

What we did know was that we created a website for a 3-day conference, exhibition and networking event for stakeholders of the EC’s ICT research programme - policymakers, companies, academics, and more.

And we made it interactive - launched 10 months before the event, the site allowed users to:

Years later we realised we had created the EC’s first online community of practice, convened by a research programme but very much ‘owned’ by its participants.

The research programme has used the same underlying philosophy and code literally dozens of times since. The details vary each time - in 2002, for example, all strands were bottom-up; in 2003 all Calls were guided by a set of 'priority themes’; in 2006 participants could vote for the 'best exhibit’, Twitter was a Big Deal in 2008 …

While this variety means each site is self-contained, however, the users formed the common thread. Once a user creates a profile for one event, s/he can migrate it to the next, so the online community grew each year, even if physical attendance stayed level.

More - including some ludicrously long slidecasts - on my oldblog.

The above notes were curated from the full post mathew.blogactiv.eu/2009/09/01/building-communities-with-event-in-a-box/.