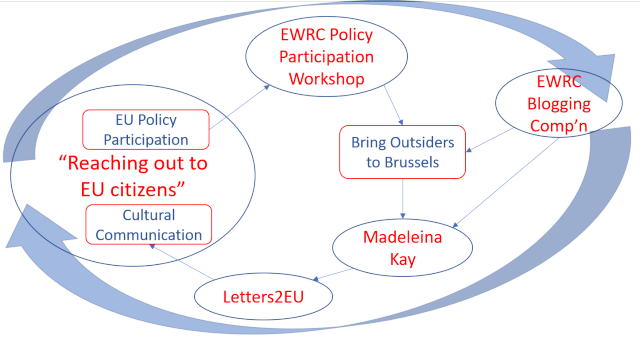 Coincidentally, EU policy participation was the focus of my workshop at the European Week of Regions and Cities (EWRC) a few weeks earlier, while by November I was helping out with Letters2EU, a crowdfunded, citizen-led cultural communications project created by #EUSuperGirl Madeleina Kay.

She’d won the EWRC blogging competition I managed, resulting in the EC-funded project she profiled appearing on the BBC: 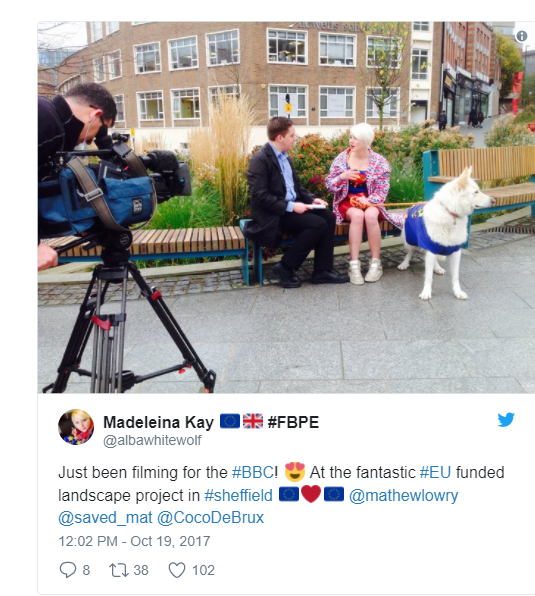 That happened because the competition brought a Brussels Bubble Outsider to Brussels. Which happens to be one principle of the participation model I presented at the EWRC workshop. Full circle, I guess.

What did I learn?

If you haven’t time to read all five posts, then focus on the last two:

I also got to practice some Mobile Journalism into the bargain: check out what happened when Madeleina and I met Guy Verhofstadt and Luca Jahier, and then hit Place Luxembourg and Brussels Christmas Market for Letters2EU (all videos and more tagged Letters2EU).

As I mentioned in When EU SuperGirl came to Brussels, I helped Letters2EU for “the same reason I blog — to create some space for serendipity and learning”.

The #EUComms vs. #EUInfluencer framework, for example, is undoubtedly simplistic, but I think it at least illuminates a problem we face trying to connect the EU to Europeans, particularly on a deep - i.e., policy participation - level.

Beyond that, the prevalence of lip service in the Brussels Bubble was striking. At the EWRC, Madeleina noticed the daily calls from old men in grey suits for Europe “to reach out beyond Brussels to young people”, and that few of them actually did when the occasion presented itself.

Of course, if she’d had a team helping her who spent their time facing inwards, focusing on the Brussels Bubble, she would have had met more people. But most #EUInfluencers appear uninterested in people from outside the Bubble - by definition powerless, and thus not worth their time.