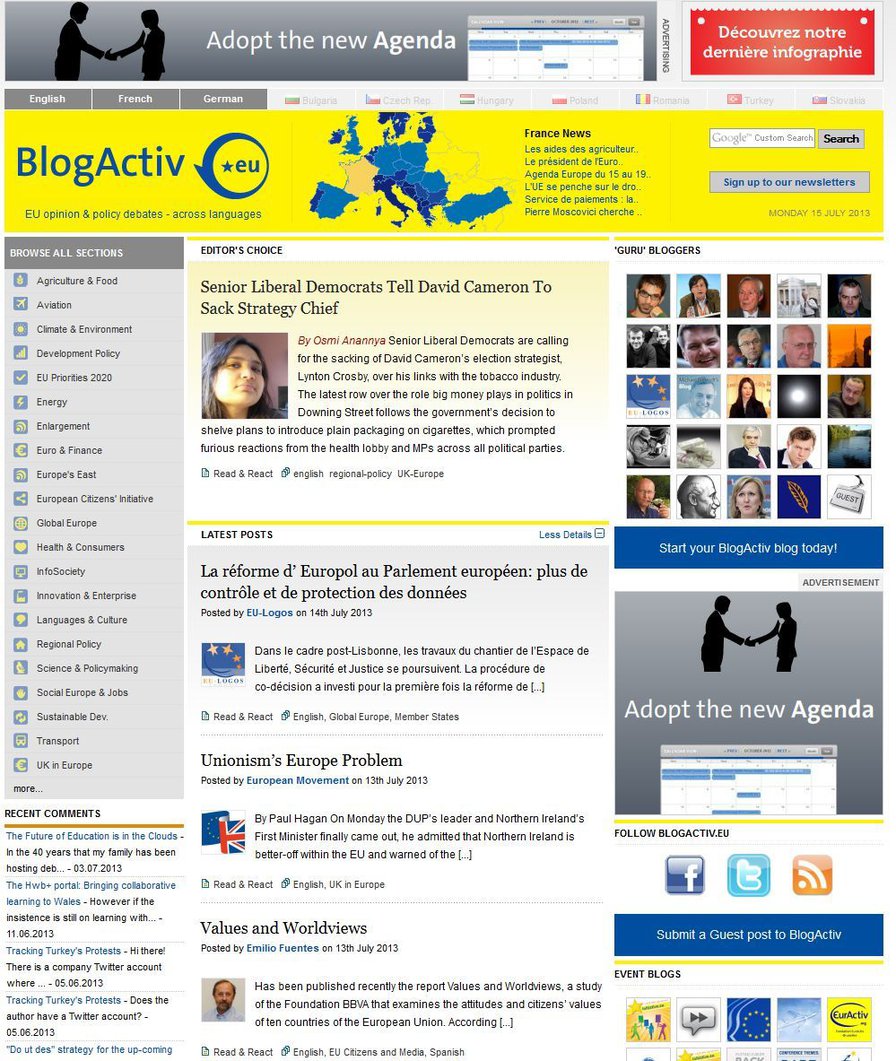 I lead the team that created Blogactiv.eu, the first blogging platform focused on EU policies, for an eponymous subsidiary owned by independent EU media EurActiv.com. It went live in October 2007.

I left EurActiv a few months later, after winning the MyParl project and steering its inception phase. A few months after that I launched my own blog on Blogactiv with a post about the launch, and what I learnt from my moment of fame as EuroSceptic Hate Figure, October 2007.

I mothballed it in May 2012, by which time it had well over 100 active bloggers, publishing regularly.