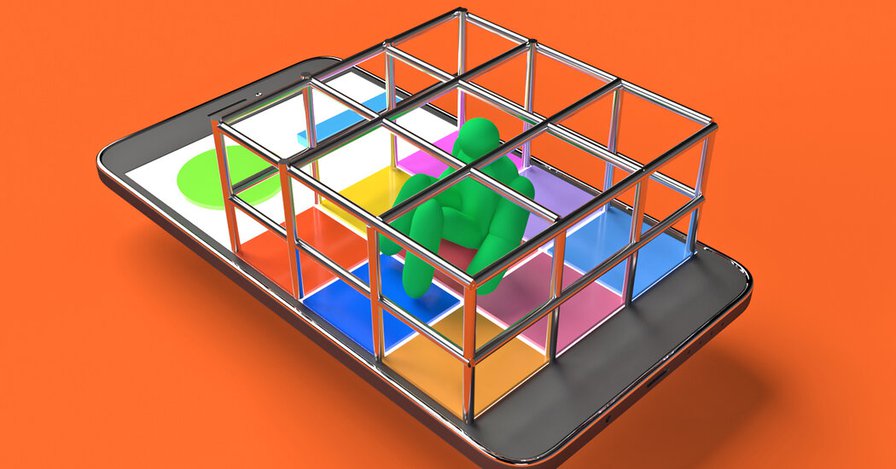 How are they stuck? Network effects: the "gospel and plan" of today's platforms' founders. These work in both directions: "each network could fail as quickly as it succeeded if a critical mass of users had enough reason to leave ... a death spiral [so]... Facebook spent much of its first decade fending off, or acquiring [competitors] ... before they could reach threatening scales."

Whereas most networks die over time, Facebook's dominance means networks created 10-20 years ago have instead evolved strangely, opening " the possibility of a network that becomes worse as it continues to grow... [while] Stuck users are subjected to indefinite experimentation ... [and] still part of the network that’s making you frustrated, anxious, unhappy or bored... Stuckness is a basic sense of obligation, co-opted and turned back against you... the lingering, uneasy spirit of the long-passed fear of missing out... [and] the inevitable result of a commercialized social and civic space, built only to grow."

Look to LinkedIn, which is "less-than-joyful... demanding labor, attention and particular styles of performance... Many people joined for a reason... Leaving has a fuzzy but material cost"

While their attention can be drawn to places like Tiktok which offer new mechanics and experiences, "For the already stuck... these networks are often complements, not replacements."

Hence "a fresh take on what happens to platforms in the long term: not a death spiral, but the slow bleeding of time and attention by more focused competitors"

The above notes were curated from the full post www.nytimes.com/2021/05/11/style/social-media-stuck.html.