Why is the EU running into so many difficulties with its Covid vaccine campaign? | Vaccines and immunisation | The Guardian 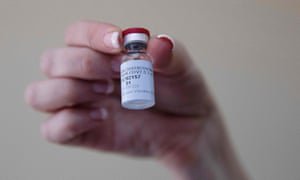 Examines both the specific mistakes and the general antivaxxer European setting undermining the vaccination campaign.

Specific mistakes: "by publicly trashing [AstraZeneca], the commission undermined trust in the vaccines... compounded by confusion over the vaccine’s efficacy... stoked doubt on the vaccine’s safety. The risks were then misrepresented in German media, and later by the French president, Emmanuel Macron."

Context: "Europe has a long and ignoble anti-vaxxer tradition, which is often fuelled by anti-establishment politics... only 59% of people in western Europe thought vaccines were safe, compared with 79% worldwide". France the worse: a third say vaccines are unsafe.

"vaccine scepticism is bound up with more general anxieties about the world ... fuelled by disinformation and amplified by social media ... Trust in science is linked to trust in institutions ... anti-establishment politics includes populists who rant about the evils of vaccines". This on both ends of the political spectrum: in Italy it's Lega (far-right) and the Five Star Movement, in France it's Le Pen and Mélenchon.

The consequences of not addressing anti-science: " a life-saving vaccine is being snubbed, despite all the evidence of its efficacy"

The above notes were curated from the full post www.theguardian.com/commentisfree/2021/feb/24/eu-covid-vaccination-difficulties-anti-vaxxers?CMP=Share_iOSApp_Other.