Twitter alternative: how Mastodon is designed to be “antiviral” 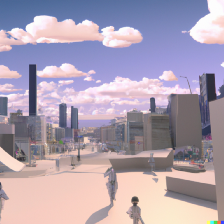 Mastodon is "subtly designed to reduce the huge, viral surges of attention we see on Twitter" and others, which have "deformed people’s behavior... coaxed people to constantly try to hack the attentional marketplace... incessantly making posts ... operatically theatrical... enrage ... [other] high-voltage reaction".

Hence “antiviral design”, of which Mastodon is a great example, engineered to create friction, the opposite of Zuck's frictionless sharing.

Compare to Twitter, designed "for one central purpose: To focus the joint attention of millions of users on a particular tweet/joke/meme/person that is blowing up right this very second... creating viral surges and momentary happenings", to be replaced by the next one. Many users as a result view "“finding and participating in viral waves” as the purpose of social media".

Mastodon is the opposite, designed to suppress those waves. Hence no QT, which "had too often encouraged a lot of “would you look at this bullshit?” posts", rewarding enragement-inducing tweets with virality.

No algorithm to create snowballs.

Mastodon's existing user base has also created an antiviral culture, prefer the slower pace. There are no fulltext searches, because they care about consent (see this thread), hence also defederation.

Hence Twitter is not a Mastodon replacement. They're different places to do different things: on Mastodon there's "less of the massively viral, you-gotta-see-this posts... a lot more murmuring conversation", with lots of content hidden beind content warnings.

The world probably needs both - Twitter, after all, does bring "crucial social and civic issues to mainstream attention", which will be harder on Mastodon even with the same sized userbase

The above notes were curated from the full post uxdesign.cc/mastodon-is-antiviral-design-42f090ab8d51.