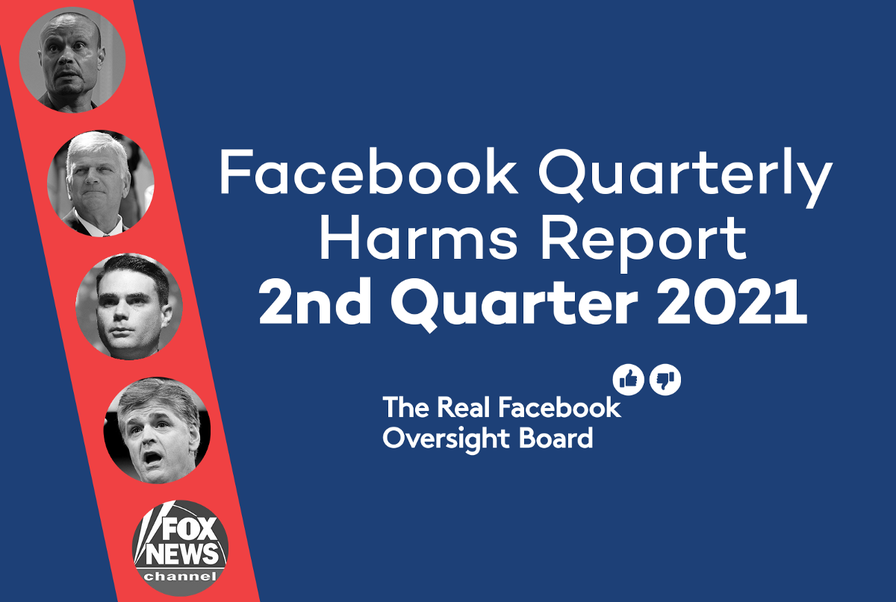 They're unsurprisingly critical of the official Facebook "so-called Oversight Board ...[which]... punted the decision [re: Trump] back to Facebook... [so] a platform that has actively profited from the former President’s actions was given the decision on whether to allow him to return to it".

There's also coverage of the "covid19 disinformation dozen", which makes this problem "far easier to combat it than Facebook admits...83.4% of #1 Posts [via Kevin Roose's @FacebooksTop10] are from disinformation superspreaders". This despite the fact that Facebook can and has handled this - Nov 7 they tweaked their algorithm "to promote high-quality, reputable news sources... it worked", but only until Nov 10, when they reverted.

The above notes were curated from the full post rfob.medium.com/facebook-quarterly-harms-report-q2-2021-dd5dfc2d8222.