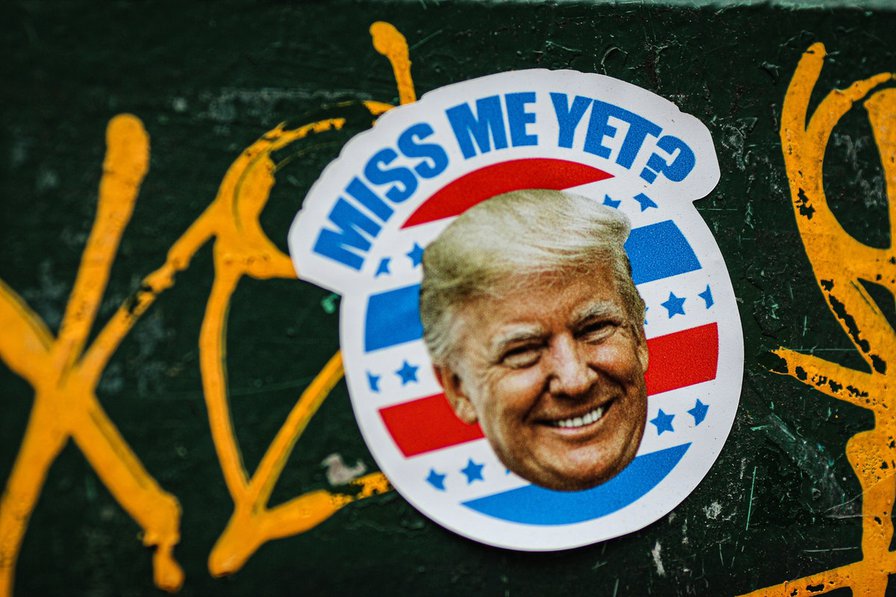 Trump pulled the plug on his blog which, "On its last day... received just 1,500 shares or comments on Facebook and Twitter — a staggering drop for someone whose every tweet once garnered hundreds of thousands of reactions... Trump’s blog peaked at 159,000 social interactions ... on his blog’s first day." Downhill from day one.

While his supporters frame his deplatforming as a freedom of speech issue, he can still speak. His blog's failure shows that deplatforming removed his "freedom of reach".

After amplifying him for years, they removed him. Without that algorithmic amplification, his blogged views were worthless. "For the worst actors on [social] platforms, free reach is almost the entire appeal". But it wasn't just social media amplifying him:

"Trump never would have attained the reach he got through Twitter were it not also the case that the entire Western media has the app open all day, often using the controversies found there as a de facto assigning editor."

The above notes were curated from the full post www.platformer.news/p/trump-deplatforms-himself.