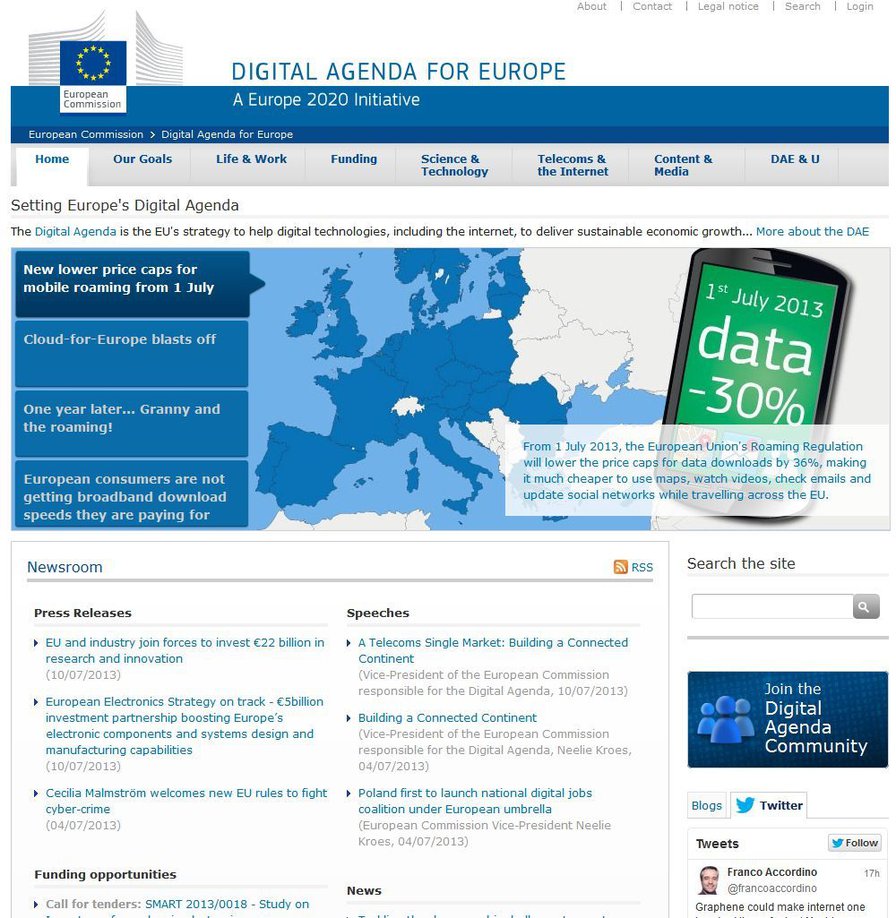 An early example of web rationalisation, its architecture prioritises publication by DG CNECT staff via a multiplatform blog and Twitter over pages of turgid prose and PDFs.

It also integrated with - rather than reproduced - two existing external repositories via APIs:

Both repositories had different taxonomies, which had to be mapped to the site’s new architecture, itself derived from an AI-driven semantic analysis of their previous site using OpenCalais, as well as audience research (card sorting, persona development, site statistics analysis) and other clever tricks.