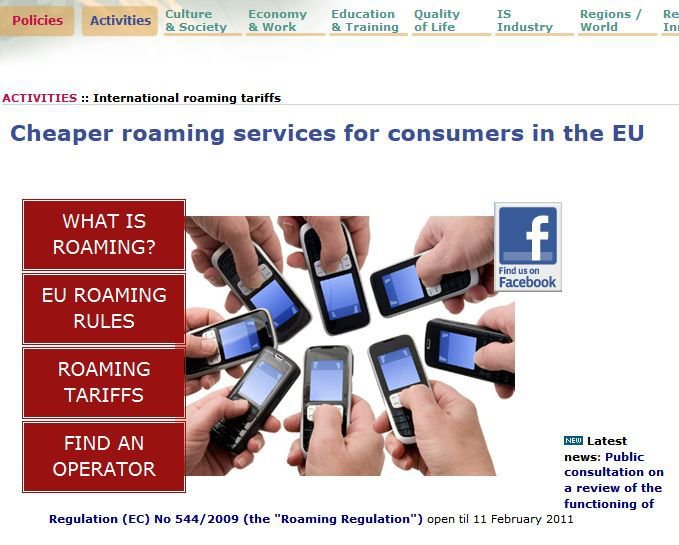 I’ll never forget hearing Commissioner’s Spokesman Martin Selmayr (in his Anakin days ;) ) announcing to the world, in July 2005, that the Commission was going to launch a site on International Roaming Charges. I was on holiday in Bretagne, listening to the Beeb on longwave. As team leader of the relevant EC department's web team, I knew what was going to be on my plate when I get back.

I was to write about it many years later:

Europe’s success in eliminating mobile roaming charges may be the first “data4policy” case study where the data was website traffic, and illustrates the rewards of allowing innovation to flourish at the edges of large organisations...
- What the EU’s Mobile Roaming success taught me about innovation in bureaucracies

So next time you don't get a roaming bill, utter a prayer of thanks to the INFSO webteam who built the site, and the policy guys who spent their weekends filling it with data! ;)