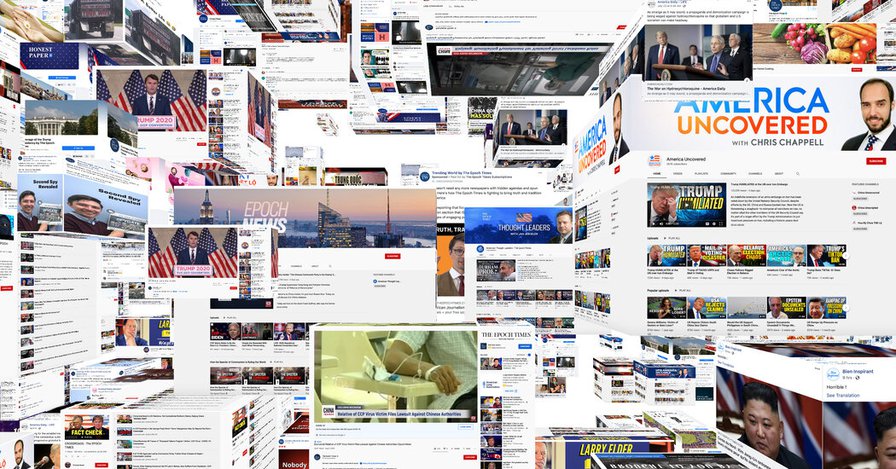 A long way from how they began, or the crisis triggered by FB's 2015 algorithm change, which saw them churn out clickbait in desperate search for a hit. Then Trump: editors had an "almost messianic way of viewing Trump as the anti-Communist leader who would bring about the end of the Chinese Communist Party” - they hire a Tea Party strategist to connect with conservatives and "make Falun Gong’s persecution a Trump priority".

How? "creating dozens of Facebook pages [using fake accounts], filling them with feel-good videos and viral clickbait"... amplified by clickfarm- and bot-driven fake likes and shares... "and using them to sell subscriptions and drive traffic back to its partisan news coverage". It worked: "tens of millions of social media followers ... online audience rivaling ... Breitbart... [and] growing influence in Mr. Trump’s inner circle".

The above notes were curated from the full post www.nytimes.com/2020/10/24/technology/epoch-times-influence-falun-gong.html?partner=IFTTT.