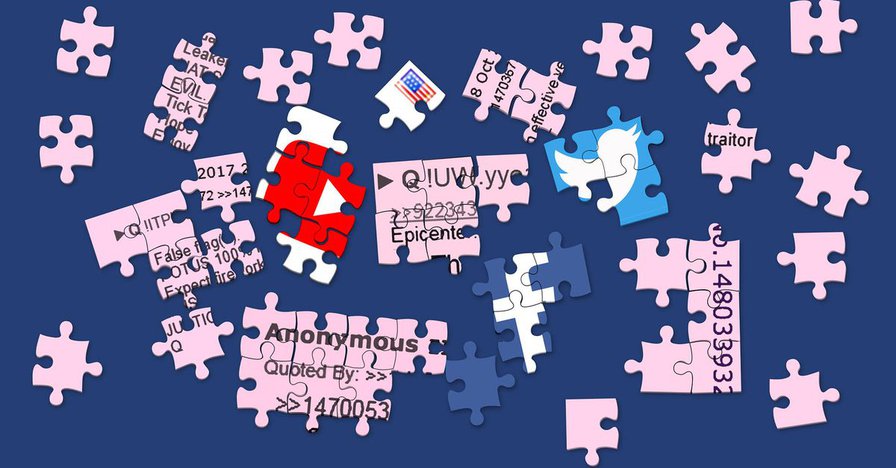 “It’s so easy to feel you’re special or in on something.” - James Wolfe, 45, who was "introduced [to Qanon] by a friend to the idea in late 2017... [when he] was recently unemployed and recovering from a serious physical injury", and quickly "started spending as much as eight hours a day" before recovering "from QAnon after seeking counseling for his depression" and quitting social media entirely.

It may be too late to stop Qanon, potentially "one of the largest networks of extremism in the United States":

How do new followers discover it? A new account searching for Qanon On Facebook will see first 3 stories from reputable media, then propaganda like the QAnon Angel profile, "677 followers and posts containing links to conspiracies about adrenochrome", and “QAnon Truth Movement... full of posts about Trump’s plans to uncover the purported secret cabal and promoting baseless conspiracy theories" and an anti-Semitic cartoon.

These search results are the first steps: the algorithms then push you deeper, pushing more conspiracy theories: "a rabbit hole of tunnel vision".

One month later (October): same experiment, same result. Similar experience on Twitter, both months. Things have improved since, but they were 2+ years behind Reddit, which banned it in 2018, and follower counts continue growing.

The above notes were curated from the full post www.vox.com/recode/21499485/qanon-facebook-twitter-bans-republican-politics.