Like vote , disinformation , qanon , us2020 , delegitimise , suppress
Curated: from www.justsecurity.org/72740/six-disinformation-threats-in-the-post-election-period/ 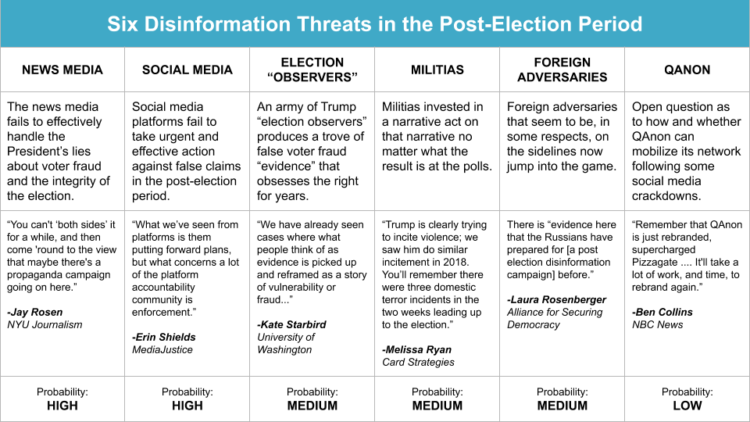 Someone trying to mess with America probably realises they can't get Trump re-elected, so they are better off focusing on the post-election period, which offers a "better chance to push more Americans to extremes than ever before".

The above notes were curated from the full post www.justsecurity.org/72740/six-disinformation-threats-in-the-post-election-period/.