Misconceptions About Mastodon and the Fediverse – david wolfpaw 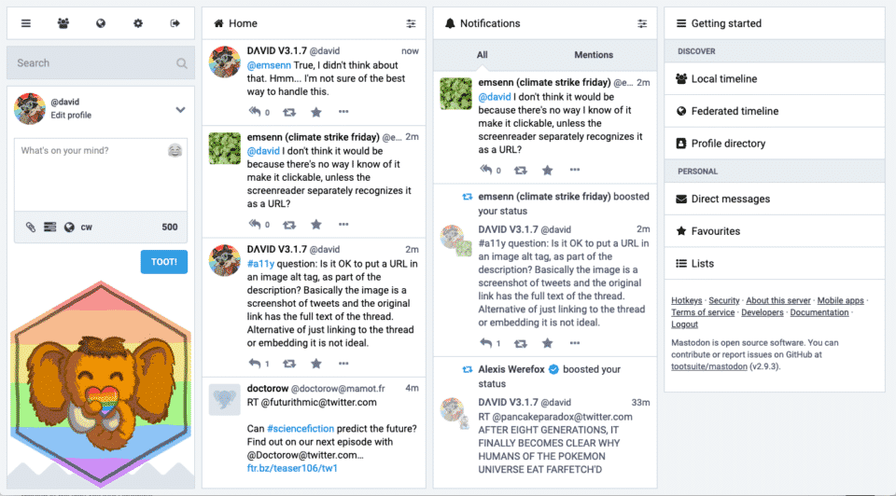 re-reading some articles about Mastodon from early 2017 identifies some common misconceptions:

Nevertheless, the lack of Fediverse-spanning hashtag search is for me a real obstacle to adoption and people/content discovery. However, "you can use them in your profile for discoverability, create and pin an #Introduction post... highlight specific hashtags on an instance as an admin, to let others get an idea of what it’s about."

The above notes were curated from the full post davidwolfpaw.com/misconceptions-about-mastodon-and-the-fediverse/?utm_source=pocket_mylist.