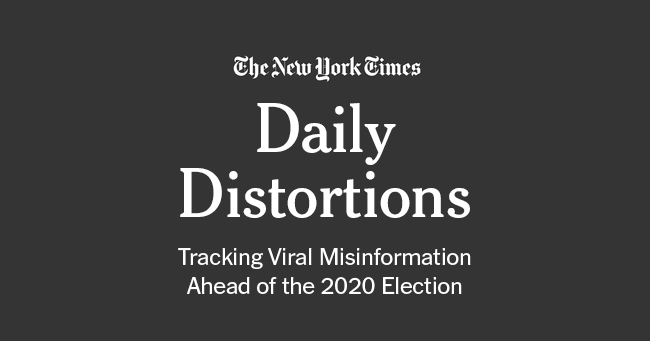 Every day, Times reporters will chronicle and debunk false and misleading information that is going viral online... Whole collection of individual stories, all worth a look. Some key points:

Twitter flagged half of President Trump’s 14 posts on Thursday for including disputed or misleading information. But hundreds of other accounts - over 150 of which were created in 2020 - tweeted exactly the same message. Mr. Trump posted an identical statement on Facebook on Tuesday night. It remained shareable .

Pollsters got it wrong, possibly because they "may not have captured support for Mr. Trump among followers" of Qanon... "strong statistical correlation between state polls that underestimated Mr. Trump’s chances and a higher-than-average volume of QAnon activity... If you distrust institutions... you are less likely to participate in polls.”

The above notes were curated from the full post www.nytimes.com/live/2020/2020-election-misinformation-distortions.