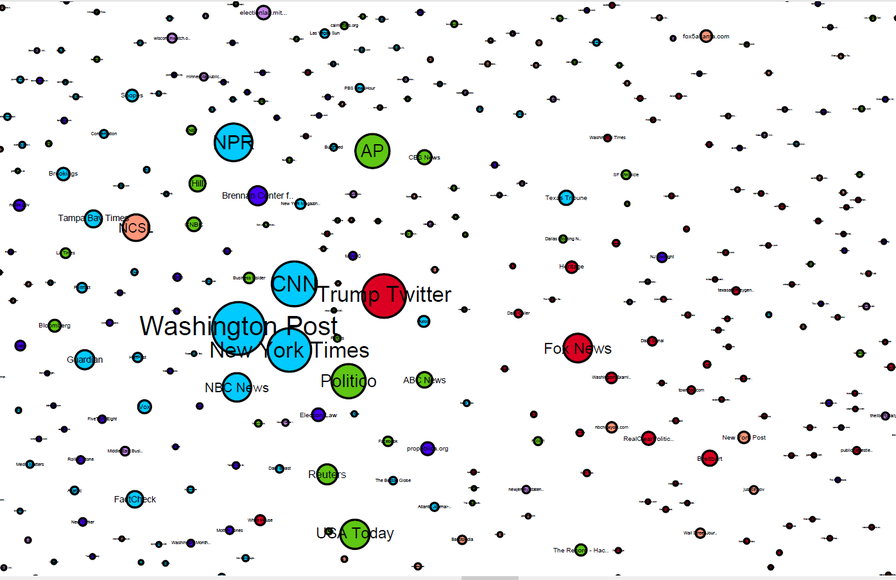 "Throughout the first six months of the disinformation campaign, the Republican National Committee (RNC) and staff from the Trump campaign appear repeatedly and consistently on message at the same moments... supported by the right-wing media ecosystem, primarily Fox News and talk radio functioning ... as a party press ".

Only around 30% of Americans — "people who rely on local TV for news, who aren’t die-hard Fox News viewers or New York Times subscribers" — are persuadable one way or another. Traditional media has a huge responsibility here - with "the mass media model ... the primary driver of information disorder, it will not be cured by more fact checking on Facebook".

The above notes were curated from the full post www.niemanlab.org/2020/10/a-new-study-shows-how-trump-and-the-rnc-duped-traditional-media-into-covering-mail-in-voter-fraud/.