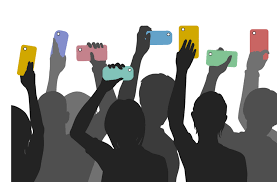 For the original article, go to Modern Diplomacy

Media plays a key role in liberal democratic regimes. There are many functions of media in enhancing democracy. Media freedom is essential to a working democracy as agenda-setting is one of the significant roles of media. There is a constant relationship between the ruling elites and those governed in democratic countries. Public opinion is shaped in this process of interaction. The main tool of this relationship and interaction is the media.

Media is seen as the “fourth estate” in modern democracies. It acts as a “watchdog” for state affairs. The media coverage of issues—why and how they have emerged, why they are important for influencing people’s understandings of political and social reality – is very important in agenda setting (Blumber, 2015)

Journalism serves various democratic functions such as giving information, making investigation, providing society a public forum, and democratic education (Schudson, 2014). Ruling elites need media support in order to be able to create effective public support. The Marxist thinker Antonio Gramsci’s (1971) conceptualization of “hegemony” states that rule must be based on both coercion and consent. Thus it can be said that media has a major role in providing a solid ground for consent.

Historically, the press has been an indispensable building block for a democratic regime. In a democratic regime, the media actors must provide a basis to the public that will enable the free expression of thoughts and opinions, the freedom of criticism of every institution and organization, including political power-holders. It can be said that, media discourse plays a key role in shaping the dynamics of the relationship between governments and the masses. Media through using a discriminatory or even stigmatizing language can undermine the legitimacy of certain actors while stressing the positive features of other actors to make them have legitimacy in the eyes of the masses. The powerful actors such as elites shape news discourse by setting time and space, agendas, participants, and news language. It is known that, the media is generally under the influence of diverse ideological forces.

As final remarks, it can be said that, the developments in digital communication have facilitated the proliferation of small companies and citizen journalism practices in the environment which once was dominated by a more rigid structured media sector. The developments in technology have attached a major importance to social media. The advent of new technologies and grass-roots media tools has created a significant shift in collecting and sharing information. Citizen journalism as an alternative form of news gathering and reporting is conducted outside of the traditional media boundaries. The technological improvements created a new platform for both news makers and news consumers. Thus, citizen journalism made the access to news easier and cheaper. Moreover, the global crisis like Coronavirus pandemic has shown that digital news consumption has become more critical and this ultimately increased the importance of citizen journalism.

The above notes were curated from the full post moderndiplomacy.eu/2021/01/27/media-democratic-politics-and-citizen-journalism/.