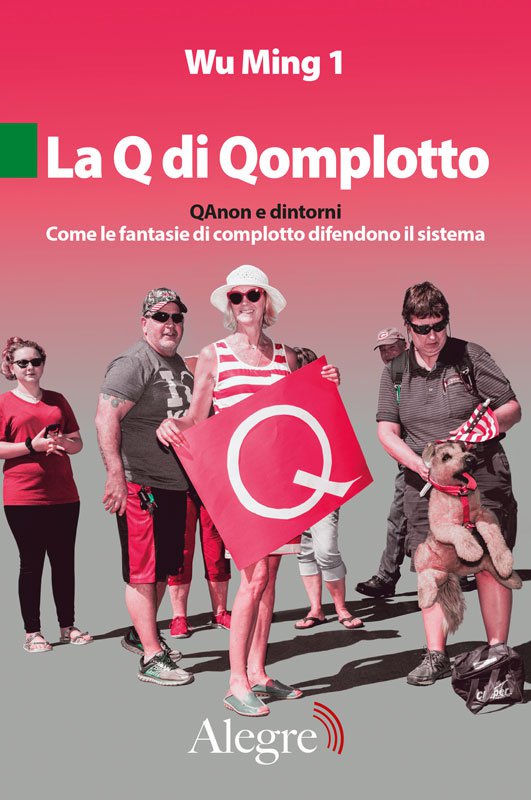 Cory focusing not on the content of conspiracy theories, but "the significance of those beliefs", as we rarely go beyond dismissing "irrational people as having irrational beliefs... a mistake. The stories we tell one another are a kind of Ouija board... " telling us not about reality, but revealing "our internal, unspoken anxieties and aspirations".

Like science fiction, they "diagnose the present". SF is also "a co-evolution of our fantasies and our narratives", akin to "Alternate Reality Games ... [another] form of narrative co-creation". Why the diversion to D&D? Because in ARGs "your coolest and most deliciously scary ideas become reality. It's a powerful way to galvanize collective action... [and also] the organizing principal behind Anonymous. Anon Ops begin life as victory announcement videos. If the vision of success captures enough Anons, they execute the op... memeing ideas into existence".

Another aspect of conspiracy theories deserving more attention: "unless you look at material conditions, then the surges and retreats of conspiracism are ... strange tides raised by unseen forces".

We need to look at both material conditions and the ARG-like nature of conspiratorial belief. Cue an interview with Wu Ming 1, who as part of "the 1990s Luther Bissett net-art collective... published "Q," an internationally bestselling conspiratorial novel in 1999... involving a high-level government official, privy to top-secret info about a state conspiracy... [and] a call for a Jan 6 uprising ... [but] is set during the Protestant Reformation".

Ming 1 has now written ""The Q in Qonspiracy"... defines and analyzes "conspiracy fantasies"". Some key points:

Ming 1 echoes "Anna Merlan's REPUBLIC OF LIES... the importance of trauma to conspiratorial belief... stresses the kernel of truth underpinning conspiracy fantasies". When preparing "a successful counter-enchantment ... address the kernel of truth and the trauma it produces ... the material conditions behind the fantasy".

Big Tech's role in all of this:

The above notes were curated from the full post pluralistic.net/2021/07/05/ideomotor-response/.